I made a lot of resolutions public on this blog for 2013. Lets see how I did… 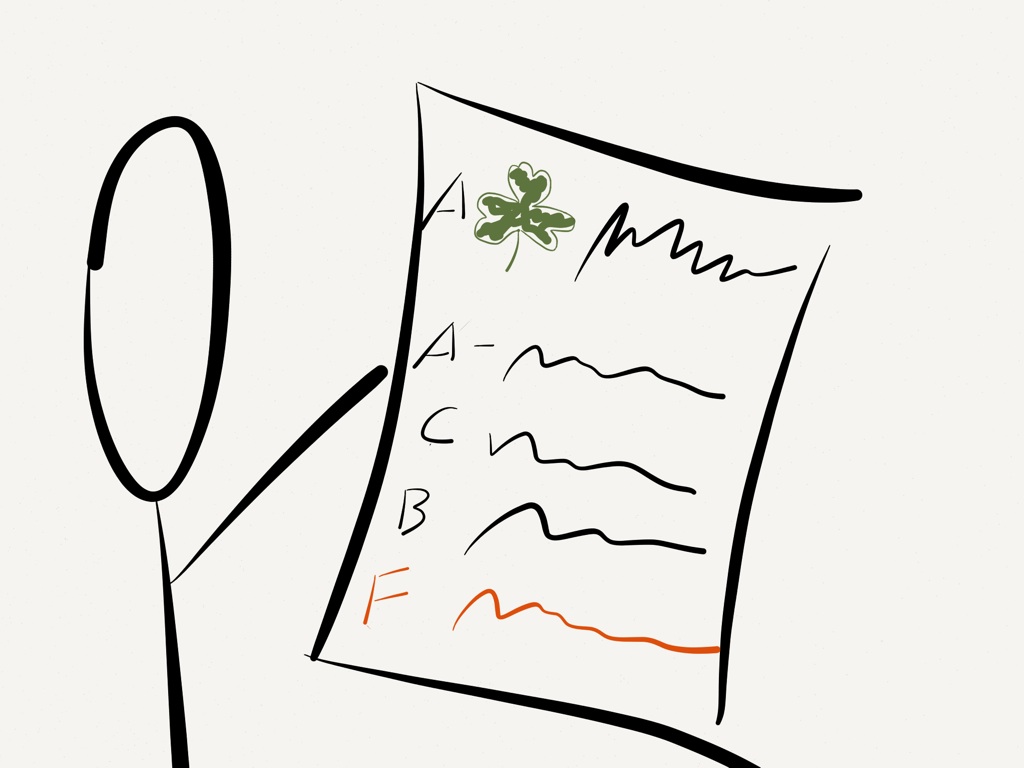 Move my family to Ireland for at least a month

This fell under the concept of scaring yourself with one big goal for the year. My big goal was to try out the “New Rich” concepts of location independent work + life experiences. Easy if you are single… a lot more challenging with a family. How did it go?

We spent a month living and working in Ireland and it was a blast. There’s going to be a similar goal set for 2014 if we can ever decide on a location. Of course there are improvements that could be made, it could be done cheaper, but what we did was approachable for just about anyone.

I’ll give myself a solid A- on this goal.

In order to make room for big goals we have to let go of the physical and mental distractions that keep us from making real progress. I’m going to say I succeeded here with room for improvement in 2014.

I killed off virtual distractions

We finished 2013 with less physical stuff than we started with

This was no small feat with two small children that are showered with presents on Christmas, birthdays, and other random events, but I believe we did it.

I’d like to go further in the next year. Living with fewer, higher quality, things is liberating. I’ll give myself a solid B here.

My goal to outsource more personal and professional tasks in 2013 was a mixed bag.

On one hand KickoffLabs was able to hire a great support engineer, designer, and someone to help with marketing by the second half of the year. Without this my trip to Ireland would have been a LOT more difficult.

On the other hand personal outsourcing didn’t go well at all. We did find a friend to handle some of the initial research on our trip to Ireland, but ended up doing too much of the work ourselves. My “honey-do” list remained a “honey-do” list and is still a distraction.

This set of goals would have been better off unspoken.

You can tell I didn’t write much on my blog and the general goal of “publishing” something every day just became un-interesting. Yes, I wrote a LOT of copy and marketing emails for KickoffLabs, but I don’t think it was a big or specific enough goal to be motivated. Just wait for the updated version of this goal in 2014.

I didn’t end up taking a class. I did take a lot of great pictures throughout the year and I’m enjoying seeing people create KickoffLabs pages with some of my shots as background images.

We did a great job taking pictures around Ireland… but the concepts of shooting in raw mode, post production in lightroom, etc just became overwhelming. Not sure what I’ll do here.

The less I write here the better.

I was sick for months at a time last winter and topped out at 17% body fat. I resolved that something had to change so I could survive having two small children that are effectively mini-biological weapons living in our house.

Or soda of any kind really. Working with Scott has the effect of becoming a better eater through osmosis. The big thing was just to realize that crap in is crap out. Most sodas are crap and diet sodas aren’t healthy for you at all. I’m onto teas, coconut water, and just more water in general.

Last winter I topped out around 17% body fat and I’ve made it down to around 13%. A lot of this probably comes from eating a little better… but honestly I haven’t changed my diet much other than the soda change and perhaps being a little more “paleo”.

It’s not that I wasn’t putting in the time to workout so I decided to change HOW I worked out. A crossfit box opened up down the street and the research on high intensity workouts was compelling.

The difference in muscle strength and endurance is simply amazing from three to four 5 to 15 minute workouts combined with some lifting every week. For example: I was lucky to have been able to hit 3 proper pull-ups at a time before and now can knock out 20-35 without assistance in most workouts.