You need to quit living someone else’s dream

It was the year 2000. I graduated college and got a job. My mom was so proud. I worked for Microsoft. If was wasn’t going to be President or play Major League Baseball then the next best thing was to work for greatest software company in the world. And it was an amazing opportunity.

But there was a tangible divide in the workforce as the company shifted from 90’s style hyper growth to blue chip stock. On one side there were people that had been there for 10 years before I started in 2000. These people had the financial freedom to take exotic vacations, own yachts, enjoy 6 months at a time off, and work only when they really wanted to. This was a small group, but it felt like they had absorbed most of the companies wealth. You ran into them all the time.

On the other side were people like me. People were just starting new careers. People who had been told the next 10 years would be just as good. You knew it was a lie. We were the 97% and in some ways it reflected the nation on a higher scale.

The economy had started shifting. The first sign came before I even started working. I knew people whose job offers were revoked after the 2000 bubble hit the tech industry. I’ve had (bad) managers work hard to convince employees they are lucky just to have jobs… so enjoy whatever little we pay you.  The message was that you weren’t going to have it as easy or as good as the generation of workers that came before you… even in the tech industry.

There are some larger trends at play here. Trends that effect every job across all industries.

The rich get richer. 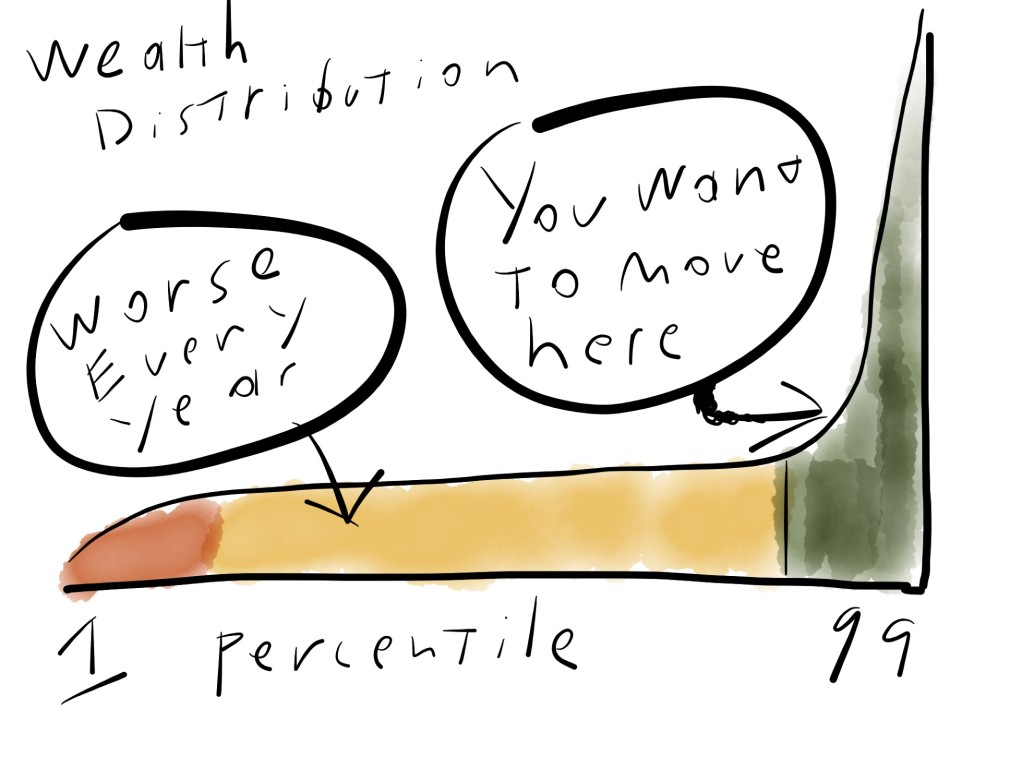 The message to me is clear to me. You know what side of the curve you want to be on and it’s not the 95% part who’s take home pay is worth less and less every year. If you can’t beat-em… join em. Living someone else’s dream can provide you with an educational opportunity in the short term. But long term it only helps the owners jump up another percentile in the graph. Note: This video does it way more justice than my chart.

Going to college isn’t a good bet. College graduates used to be harder to find for employers. In the last 30 years we’ve made it easier for more people to go to school, but job growth hasn’t kept up. I’m sorry, a degree in Ancient Roman History doesn’t trade as well as it used to.

Organizations are Getting Flatter

Software is making it easier for managers to keep tabs on a larger number of employees. When I started at Microsoft it wasn’t hard to find a lot of “silly leads” with one or two reports. This meant more opportunities for people to “climb the ladder” and earn higher salaries. That’s going away across all industries. This means, for the employed, the average salary growth potential is slowing down.

The World is Getting Flatter

“Those jobs aren’t coming back to the US.”

That’s what Steve Jobs told President Obama when asked what it would take to manufacture the iPhone in the US. As the worlds population starts to catch up on education and infrastructure they are going to consume a higher percentage of employer spending.

Even Software Is a Factory

Don’t kid yourself if you work in the tech industry. Building software is a manufacturing process that just happens to involve electrons. It can be done successfully anywhere. Not just silicon valley. I worked on software, at Microsoft, that was designed to reduce the barrier required to write complex applications. It gets simpler every year.

The Rest of the World is Hungrier than Ever

I once spent a week in Shanghai working with some amazing Microsoft teams and I was amazed at how dedicated their culture was to success. They were also laser focussed on educating people for the technical skills they were going to need to compete in the next 20 years… not on degrees that mattered in the previous 20 that are being eaten by software. I don’t see that same level of universal desire and focus in the US culture. 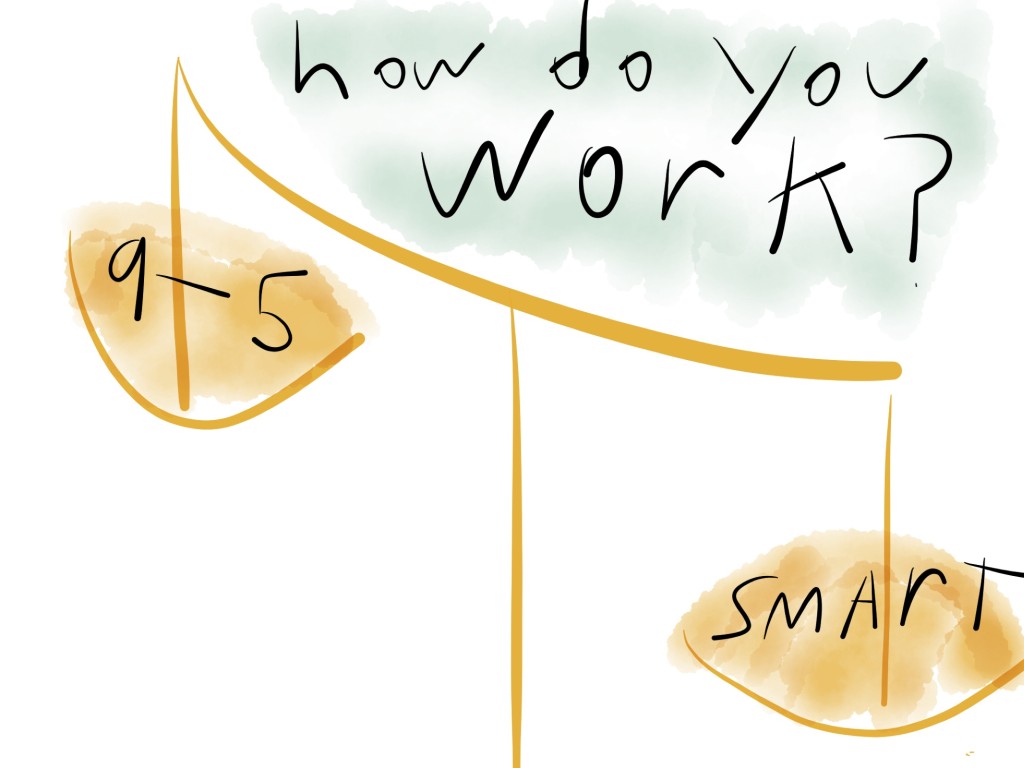 Putting in your time is just that. Putting in time. Hard work is just that… work. Sadly most companies still believe that “butts in seats from 9-5” works best. They are wrong. It’s not success anymore. It used to get you somewhere. You’re now required to work smarter. You’ll have to. Like I said, the rest of the world already is.

This doesn’t have to be bad news. You have a choice.

You think CEO pay is unfair and you’re not being promoted? Promote yourself and try your hand at being CEO. At least start acting like the CEO of your life.

You get to decide what rich means to you and how you get there. It’s cliche’, but the old rules are more like suggestions now and soon they’ll sound like a strange, twisted, fairy tale.

My choice was (and is) to take advantage of these trends rather than let them take advantage of me. I really had no choice. I had to make a plan, learn new skills, save money, and take a chance. Maybe I could achieve my personal definitions of “rich” as well as move up the curve a bit.

What’s the worst that could happen? I’ll see you right back in the 97% pile… and try again.