I wish I’d thought of that. Operation Starbucks.

I should have thought of it first. I walked into Starbucks one afternoon. Ok. Ok. I do this every afternoon, but something was different this time. Something really neat was going on.

At a large wooden table sat a man with a laptop. I’m sure you can picture that. But this man had a stack of Starbucks gift cards laid out neatly to form an arrow. The arrow pointed to an iPad that was being used as a sign. The sign read “Test my App and Coffee’s on Jim.” 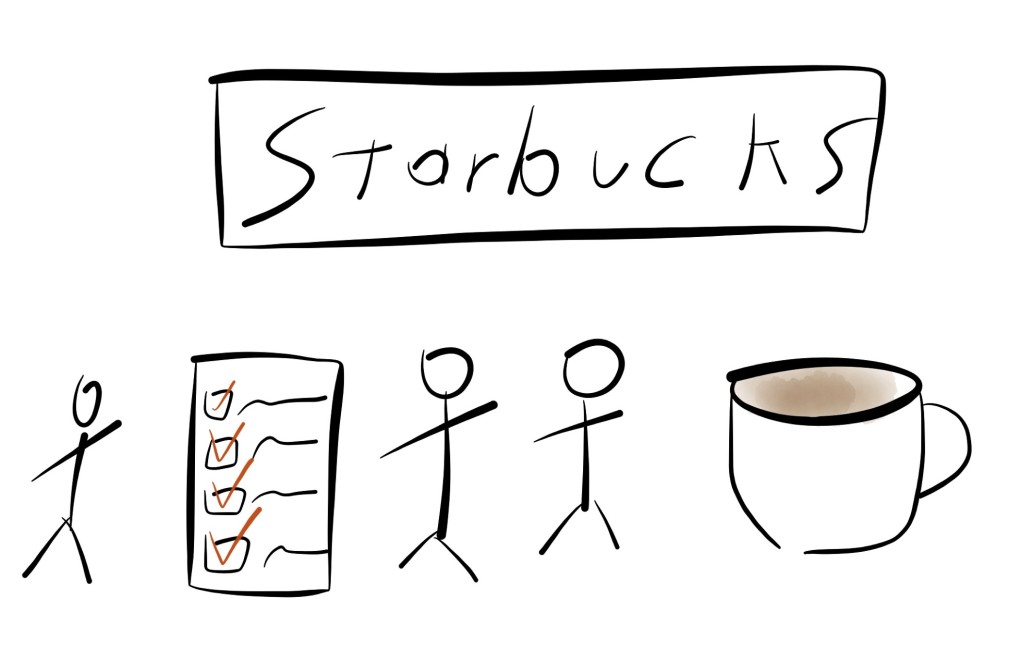 I’ve never been shy of giving people feedback. I don’t have a great filter and before KickoffLabs made any money free coffee sounded good to me. Jim saw me coming out of the corner of his eye and stopped what he was doing to introduce himself. He was working on an educational iPad app to teach kids basic math. He asked me to play through a couple of levels and tell him what I thought.

He got an earful. I hope it was useful for him because I enjoyed the free coffee. It was such a great idea. I watched him go through the same process with about 10 people including some parents with kids that afternoon. So, for $50, he got a ton of great feedback and only had to drive to a local Starbucks. Everyone should do it, but if you do…

I’ve also heard this works just as well before you write any code. Use the cards to get people to take a survey and validate some of your assumptions before you build anything. I wish I’d thought of it sooner.